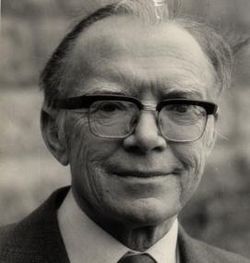 T. C. Kelly studied with John F. Larchet at University College Dublin (BMus, 1943). After having spent a period as organist and choirmaster in Newry, County Down, he was appointed music master at Clongowes Wood College in County Kildare (1952–1985), a position which involved teaching, playing organ in the boys' chapel and conducting the school choir and orchestra. He won several national competitions with this choir. He was a well-known composer in mid-20th-century Ireland, albeit in a conservative idiom.

Kelly's prolific output consists mainly of skillful arrangements of Irish traditional music for orchestra, mixed choir or small instrumental ensembles such as violin and piano. Although mainly known as a composer of miniatures, he also wrote a three-movement piano concerto (1960) and three full-scale congregational masses. Many of his orchestral arrangements and some original works were radio commissions for the then Radio Éireann Light Orchestra (today the RTÉ Concert Orchestra). In the 1960s and '70s some of his works were recorded on LP by EMI Ireland.

Kelly regarded himself as "bilingual" in a musical sense, having grown up both with traditional music and European art music at the same time. "Purely a lyric composer" in his own words, Kelly belonged to a group of conservative Irish composers who consciously eschewed more contemporary musical idioms. His music is tonal throughout and employs melodic traces of traditional music even in his original works.