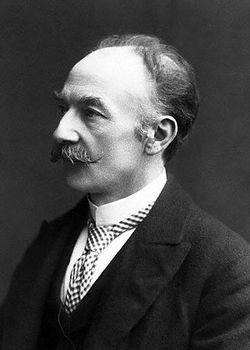 As a small boy, Bidgood was drawn to music, regularly attending concerts of the Royal Artillery Band and participating in the choir of St. John's Church. He studied violin and clarinet and played E-flat bass and alto horn in the 9th Kent Artillery Volunteers under the direction of R.B. Robshaw, the famous cornetist. He later attended the London Conservatory of Music, studying violin and harmony. His hard and persistent work was rewarded by prizes at the Stratford Music Festival for two consecutive years, and gold, silver, and bronze medals at the London Academy of Music.

Throughout his life, Bidgood applied himself vigorously to a career in music. His schedule was formidable. For example, in his early years he not only directed the band at the Beckton Gas Works but also led his own orchestra of professional musicians in performances at balls and concerts throughout London. His many private pupils included the daughter of the Duchess of Sunderland, who studied violin with him. Despite this busy schedule, he found time to compose and arrange numerous works for band and orchestra.

Bidgood is best known as composer of Sons of the Brave, a march written in 1889 shortly after the outbreak of the Boer War. It was quickly adopted by bands throughout the British Empire and today remains a popular favorite. He could not play the piano but was aided in the writing of the march by his son Albert, who was then 15 years of age. Albert played the march over and over again, repeating the melody so that his father could complete the composition. Albert also aided his father from 1907-1912 by assuming direction of his orchestra.