This Is My Country 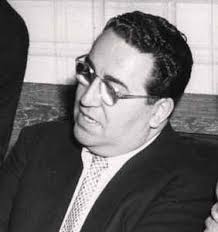 Al Jacobs' daughter, Joann, recently wrote, "Dad ran into Don Raye who said he was in the process of writing a patriotic song [This is My Country] and would he like to write the music. So the words came first for sure, and then my dad wrote the music. I believe the song was written in New York . . ."

Jacobs and Raye wrote their song in 1940 and, as a result of a January 7, 1942, recording session for Decca Records, the group Fred Waring and His Pennsylvanians popularized it. Over the years a number of other recordings of the tune were made, for example, by the Mormon Tabernacle Choir, Tennessee Ernie Ford, and Pattie Labelle.

- Program Note from The Library of Congress