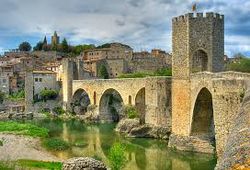 Thibaut de Blaison, Blason, or Blazon (died after March 1229) was a Poitevin nobleman, Crusader, and trouvère.

Eleven poems — one contested and one definitely spurious — have been ascribed to Thibaut in the chansonniers.

Thibaut borrowed from rhythms from the polyphonic repertoire of the day. He may have based his Bien font Amours lor talent on the conductus Quid frustra consumeris and Chanter et renvoisier seuil on Sol sub nube latuit. With the exception of three chansons, most of Thibaut's melodies move freely. They are all basically syllabic, with only Li miens chanters exhibiting more complex melisma.