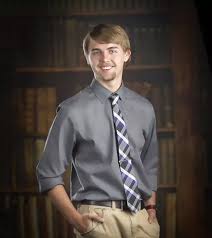 Subtitle: For Symphonic Band and Electronics

Terrain Unknown is inspired by a fictional scenario depicting mankind's first contact with intelligent life outside of Earth, but with a twist. Instead of the typical story in which extraterrestrials visit Earth, this piece explores the idea of humans traveling away from home (maybe due to pollution, overpopulation, etc.) to inhabit a new world.

The first movement is the "human" aspect of the piece. It depicts hope and a drive for adventure with a fairly conventional musical language, and also represents the humans' journey through space. At the end of the first movement, the humans land on the new planet and meet its natives for the first time. A striking shift in character in the music brings the listener to the second movement, which explores the nature of the unknown beings through a completely contrasting sound world (represented by the electronics). In the third movement, the humans and natives work through their conflicts and learn to coexist and thrive as a society.

For the Indiana University Symphonic Band, directed by Eric Smedley.