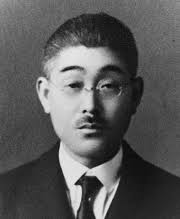 Okano learned organ with a church missionary. He graduated from Tokyo School of Music (now Tokyo University of Fine Arts and Music) in 1900, became an assistant professor in 1906, and served as a professor of vocal music from 1923 to 1932. He was a member of the composition committee for shoka (official songbooks for elementary schools, compiled under the Ministry of Education). He also served as organist and choir director at Hongo Central Church for about 40 years.