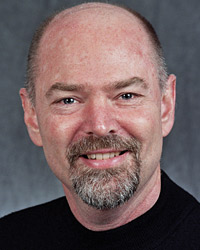 Ted Ricketts is a Santa Rosa, California, based music producer, composer, and arranger.

As an innovative composer and arranger, Ted’s commissioned and published works have been heard on television, commercially produced albums, in Walt Disney theme parks, and performed live throughout the world. Ted has over 100 compositions and arrangements for orchestra and concert band published by the Hal Leonard Corporation. Drum Taps, a choral trilogy for orchestra and choir based on the war poems of Walt Whitman and Stephen Crane, was commissioned and premiered in 2000 by the Winter Park, Florida, Bach Festival Choir and Orchestra. The Community Orchestra at Long Beach City College commissioned his most recent composition for symphonic orchestra, Exposition and Discourse.