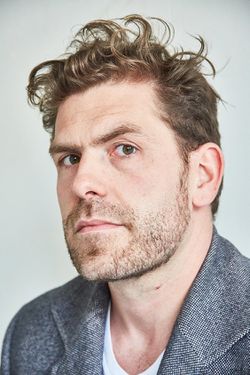 Edward (Ted) Hearne (b. 1982, Chicago, Ill.) is an American composer, singer and conductor.

As a child, Ted Hearne was a member of the Chicago Children's Choir. He moved to New York in 2000 and has attended the Manhattan School of Music and Yale School of Music. Hearne's oratorio Katrina Ballads, an hour-long work about the media’s response to Hurricane Katrina received widespread acclaim after it was premiered at Charleston's Spoleto Festival in 2007. His oratorio The Source, about Chelsea Manning, sets text from leaked military documents and was premiered at the Brooklyn Academy of Music.

Hearne has been commissioned by the Los Angeles Philharmonic, San Francisco Symphony, A Far Cry, pianist Timo Andres, singer-songwriter Gabriel Kahane and other musicians. Hearne has become known for writing in a wide range of contemporary-music styles, and has collaborated with a diverse group of musicians, most notably Erykah Badu, with whom he created an evening-length piece for Badu to perform with the Brooklyn Philharmonic, J.G. Thirlwell, with whom he created chamber-music arrangements of Thirlwell's electronic project Manorexia, and electronic/noise musician Philip White, whom with he performs as R We Who R We. HIs music has been performed at the Brooklyn Academy of Music (BAM), (le) Poisson Rouge, Amsterdam’s Muziekgebouw, and Carnegie Hall.

Hearne is an active conductor of contemporary music. He has worked as a conductor with many ensembles in New York, including the Red Light Ensemble, Bang on a Can, Wet Ink Ensemble, Ne(x)tworks and the International Contemporary Ensemble.

Hearne is the recipient of the 2009 Gaudeamus Prize in Music Composition, and the 2014 New Voices Residency from publisher Boosey and Hawkes and the San Francisco Symphony. He is currently on the Composition faculty at the USC Thornton School of Music.