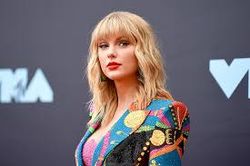 Swift, who said she has Scottish heritage, was named after the singer-songwriter James Taylor. She spent her early years on a Christmas tree farm that her father purchased from one of his clients.

When Swift was around 12 years old, local musician Ronnie Cremer taught her to play guitar. He helped with her first efforts as a songwriter, leading her to write Lucky You. To help Swift break into country music, her stock broker father transferred to Merrill Lynch's Nashville office. Swift attended Hendersonville High School but transferred to the Aaron Academy after two years.

At an industry showcase at Nashville's Bluebird Cafe in 2005, Swift caught the attention of Scott Borchetta, a DreamWorks Records executive who was preparing to form an independent record label, Big Machine Records. She became one of Big Machine's first signings.

Swift's narrative songwriting, which often centers around her personal life, has received widespread media coverage. Her 2006 eponymous debut studio album was the longest-charting album of the 2000s on the Billboard 200. Its third single, Our Song, made her the youngest person to single-handedly write and perform a number-one song on the Billboard Country Airplay chart. Swift's breakthrough second studio album, Fearless (2008), won four Grammy Awards, including Album of the Year, and was certified Diamond by the Recording Industry Association of America. It yielded the Billboard Hot 100 top-five singles Love Story and You Belong with Me.