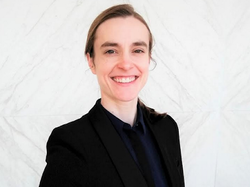 Gustav Holst was incredibly interested in Indian culture, going so far as to teach himself Sanskrit. Some evidence suggests that he tried to incorporate Indian rāgas into his works, and after investigating Holst’s resources and analyzing his Planets, I believe that Holst tried to reference rāgas that evoked similar characters to those of the planets in his suite. Holst’s access to authentic performance of Indian music was limited, however, and like many composers -- especially as a British composer entrenched in modal composition during the English folk song revival of the early twentieth century -- he took what he understood of rāgas and filled in the gaps with Western theoretical knowledge, resulting in the treatment of what were once rāgas as scales or modes.

I decided to compose a suite that traces Holst’s footsteps but applies his musical experimentation to a new topic: Tarot. Like astrology, Tarot cards have been used for divination, and as each planet in modern astrology represents specific characteristics and personality traits, so too does each Tarot card. Some elements of the Hindustani thāts, Karnātak mēlakarta rāgas, and pitch sets Holst references in his Planets are referenced in Tarot using a similarly Western approach to portray Tarot card analogs.

In Tarot, the Fool represents someone who dives head-first through open doors with enthusiasm (and sometimes with a blissful ignorance of any looming danger). The card represents new beginnings, playfulness, naïveté, and optimism. The first movement, The Fool, contains several intentionally comedic moments as the Fool, unaware of the luck manifesting from his will, manages to skip through a minefield unharmed. The movement references the pitches of the Kalyān that are found in Jupiter, a benefic planet of good fortune, to represent the Fool’s beginner’s luck. The movement also uses the whole-tone scale hinted at in some of Holst’s themes for Uranus, a chaotic and unpredictable planet, to depict the unintentional mayhem that inevitably follows each of the Fool’s steps.

In Tarot, the suit of cups corresponds with emotional energy and the element of water. A deeply empathic soul, the King of Cups tempers his emotions by balancing his heart with his head. The King leads diplomatically through compassion. The second movement, The King of Cups, references the pitches of mēlakarta rāga Dhavalāmbari from Neptune as a nod to a fellow intuitive and ruler of the sea, and additionally employs the pitches of the Bhairavī that are found in Venus to allude to the King’s kind and gentle countenance.

The Tower represents surprise, upheaval, and destruction. It represents the collapse of structure, the crumbling of façades based on faulty foundations. The final movement references Mars, the Bringer of War with two similar pitch sets: the one Holst uses in Mars, as well as a theme that Holst may have meant to draw from, Bhairav.