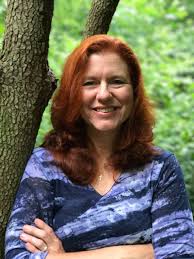 She holds a Bachelor of Music degree in horn performance from The Florida State University and a Master of Music degree in horn performance at the Cincinnati College-Conservatory of Music. During her undergraduate studies, she was the winner of the Southeast Horn Workshop Solo Competitions in 1987 as well as the CCM Concerto Competition in 1991. During the summers, she attended the Brevard Music Center, the Aspen Music Festival, the Norfolk Chamber Music Festival, and the National Orchestral Institute. Her teachers have included Tony Cecere, William Capps, Michael Hatfield, William Purvis, and David Wakefield.

Ms. Islas recently retired as hornist and music arranger with the United States Air Force Band in Washington, D.C. During her more than 21 years in the band, she has performed more than 4,000 ceremonies before the highest-ranking officials, including the President and Vice President of the United States, the Secretary of Defense, the Secretary of the Air Force, and the Chairman of the Joint Chiefs of Staff.

Before going in The Air Force Band, Ms. Islas was a private lesson instructor in the Richardson Independent School District in Texas. She served as consortium instructor of horn at the University of Evansville and principal horn of the Evansville Philharmonic Orchestra. She was also on the faculty of Wright State University as instructor of horn. Ms. Islas has extensive performance experience including performances with the San Antonio Symphony, East Texas Symphony, and Lexington Philharmonic Orchestras.

On July 4, 2016 Ms. Islas' arrangement of Strike Up the Band was featured and performed by The U.S. Air Force Band's Ceremonial Brass on NBC's Today Show in New York. In November of that same year, her original brass fanfare, Ascent to the Summit, was performed by the Dallas Winds, being one of the winners of their 2016 Fanfare Competition.

She is a member of ASCAP, The International Alliance for Women in Music, and the International Women's Brass Conference. Ms. Islas is also a free-lance musician around the Washington, D.C. area and performs with the McLean Orchestra and Arlington Philharmonic.