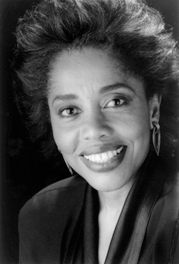 She was born Tania Justina León of mixed French, Spanish, Chinese, African, and Cuban heritage. She began studying the piano at the age of four and she attended Carlos Alfredo Peyrellade Conservatory, where she earned a B.A. in 1963, and the National Conservatory (M.A., 1964). In 1967 she settled in New York City, continuing her studies at New York University (B.S., 1971; M.S., 1973).

Commissions include works for the Orpheus Chamber Orchestra, New World Symphony, Koussevitzky Foundation, and The Kennedy Center for the Performing Arts, among others. Ms. León has appeared as guest conductor of a number of musical organizations, including the New York Philharmonic.

She has been the subject of profiles on ABC, CBS, CNN, PBS, Univision (including their noted series “Orgullo Hispano” which celebrates living American Latinos whose contributions in society have been invaluable), Telemundo and independent films.

León is the recipient of a 2005 commission from The Fromm Music Foundation at Harvard University. In 1998 she was awarded the New York Governor’s Lifetime Achievement Award and in 1999 received an honorary doctorate degree from Colgate University. León has received awards for her compositions from the American Academy of Arts and Letters, the National Endowment for the Arts, Chamber Music America, NYSCA, the Lila Wallace/Reader’s Digest Fund, ASCAP and the Koussevitzky Foundation, among others. In 1998 she held the Fromm Residency at the American Academy in Rome.

Ms. León was awarded the 2021 Pulitzer Prize in music for orchestral composition Stride.