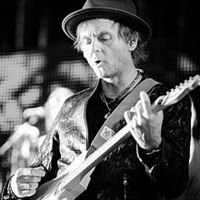 Norwegian pop band A-ha recorded this in 1985; since then the familiar tune has taken on a life of its own, becoming one of the top-selling singles of all time.

This effective version for concert band provides colorful variety in scoring and retains the exciting flavor of the original, including the signature half-time feel in the chorus.

The song combines synth-pop with a varied instrumentation, including acoustic guitars, keyboards, and drums.

The original Take on Me was recorded in 1984. The video features the band in a live-action pencil-sketch sequence. The video won six awards and was nominated for two others at the 1986 MTV Video Music Awards.