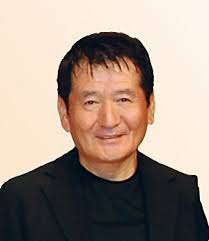 Miki wanted to be a singer after graduating from junior high school, but taught himself to compose music instead. He debuted as songwriter in 1967 and went on to write over 2,000 songs. Together with Aku Yuu, who passed away in 2007, he was regarded as one of the best songwriters of the late 20th century. His heyday for churning out hits was in the 1970s, when he wrote for stars as varied as Saijo Hideki, Agnes Chan and Iwasaki Hiromi.

One of his biggest hits was Ishikawa Sayuri’s Tsugarukaikyou – Fuyukeshiki in 1977. Together with writer Araki Toyohisa, he penned a series of hits for the hugely successful Taiwanese star Teresa Teng, including the award-winning Toki no Nagare ni Mi wo Makase). Among his other well-known creations are the theme to the children’s anime Anpanman.

In recent years he wrote music mostly for the theater. He was board chairman of the Japan Composer’s Association from 2004 and was recognized by the government for his contribution to the arts in 2005.