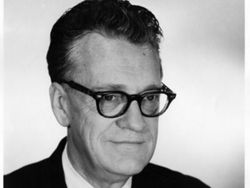 Subtitle: A Symphony for Fun

The title is properly written Symphony No. 5 1/2.

Many of Gillis's titles are in a whimsical vein, for example the fraction of this symphony's title (composed between his fifth and sixth symphonies), and its subtitle A Symphony for Fun. The four movements are named Perpetual Emotion, Spiritual?, Scherzofrenia, and ''Conclusion. Spiritual? features tone color and expressive performance, whereas rhythmic variety and tempo are important in the other three movements. The orchestral version was made famous by Arturo Toscanini and the NBC Orchestra. The slow movement was first transcribed for band by Glenn Cliffe Bainum. The present version was transcribed from the orchestra score by Maurice Ford. The work contains square dances, blues, swing, and even ragtime, but all treated in typical Don Gillis fashion.