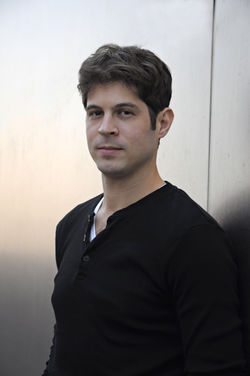 In the weeks following the November 8th [2016] election, I have been thinking a lot about immigration. It’s a controversial and divisive issue. It is also one of the foundations of our great country. I myself am fourth-generation American. My ancestors immigrated from Latvia, Lithuania, and Romania. I grew up in a town of 750 people in rural Massachusetts. It was a pretty typical American childhood. Carefree and idyllic. I never really thought about how my family had gotten here, or what it had taken to make that journey.

The narrative behind Migration is inspired by my wife, and her family’s journey to America. As she likes to say, “No one leaves where they’re from unless they believe that something better awaits them.” While writing this piece she and I talked at length about the emotional journey that many immigrants experience. If you don’t push yourself to dream about what awaits you, then how do you have the courage to leave behind all that you know? If you don’t envision a new home where all of your hopes and dreams can be achieved, then how do you survive in a completely unfamiliar place?

Janine’s parents did what many immigrants dream of doing: they became citizens, worked hard, and eventually bought a home. But their central focus was always making sure that their children would succeed. They fought to give them opportunities that would not have been possible elsewhere. They are the sacrificial generation. Their children are the embodiment of the American Dream.

Each year individuals from all over the world come to the United States seeking more opportunities. Whether they are escaping religious persecution, government instability, or social and political inequality, they are all searching for something better. This is, after all, the land where anything is possible, a place where all of your dreams can come true, no matter where you come from.

Migration is in five movements:

I. March is the catalyst for change. Whether personal or political, it represents the conflict that is taking place within the country of origin.

II. Dreaming is the vision of what awaits. It is the inspiration that allows one to take the leap and begin the journey.

III. Escape represents the uprooting. Whether crossing illegally, going through Ellis Island, etc., it embodies the anxiety, hope, and fear of leaving everything behind.

IV. Crossing captures the feelings associated with leaving your homeland and entering a completely unfamiliar place.

V. Beginning represents the culmination of the journey. It is the start of a new life where anything is possible.

Migration was commissioned by the Sarah and Ernest Butler School of Music and Texas Performing Arts for The University of Texas at Austin Wind Ensemble, and is dedicated to Jerry Junkin.