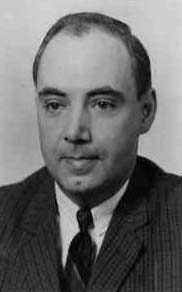 Movements (Movements 2 and 3 played without pause)

In 1962, John Barnes Chance and Clifton Williams both agreed to write a piece using the four-note motif of C#-D-F-E. When Chance sent a recording of a part of his piece, Williams decided to abandon the project. Chance also shelved the project. Ten years later, while he was teaching at the University of Kentucky, he was commissioned by the Northwest Music Center in North Dakota to write a piece dedicated to the Minot State College Wind Ensemble. He dug up the work he put away ten years ago, and completed this symphony. He died shortly after finishing the piece, and he was never able to hear it performed.

The first movement begins with the four-note motive in the flutes and vibraphone. The first theme moves to the clarinets, and later to the unusual instrument pairing of piccolo and bass clarinets. The piece moves into double time and the theme is stated by the trumpets and trombones. Next, various instruments enter softly and crescendo over several bars as more instruments sneak in before the phrase ends with a timpani rim shot. The first theme is then played by the trumpets and trombones in diminution, followed by another statement in further diminution.

The third theme is first heard as a flute solo, and appears in augmentation at the end of the solo. The piece then develops the first three themes. The first theme returns boldly stated in the brass, with a furious woodwind figure above it. Then the third theme is developed more, followed by a development of the second theme. The first movement ends with another bold statement of the first theme in the brass.

The third movement opens with an ominous-sounding theme stated in the bassoons and bass clarinets. Next, the B-flat clarinets state the theme, followed by the trumpets and trombones. This theme continues to develop throughout the first half of the movement.

The third theme features rapid calls and responses between section. The flutes and clarinets have the first statement, and the trumpets are the first group to respond. As this theme is developed the trombones join in, followed by the horns, then the oboes, and the last instrument to play the third theme is the timpani. The third theme ends with a triplet-based timpani solo.