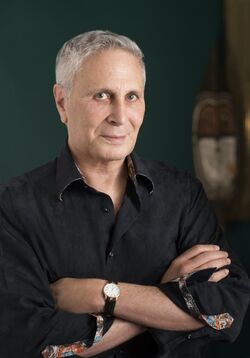 Circus Maximus is my first work specifically written for concert band. Many years ago, I arranged my piano-four-hand suite, Gazebo Dances, for band, but I have always felt more comfortable writing for the symphony orchestra. The sight of a multi-staved-and-transposed-band score still fills me with dread.

Attending a band concert, in contrast, I find exhilarating. For starters, the repertoire of band music is largely contemporary. As a result the audiences expect and look forward to new works. Listening in an environment largely ignored by the press, they learn to trust their own ears and respond directly to what they hear. Most important of all, concert bands devote large amounts of rehearsal time over a period of weeks – not days – to learning thoroughly the most challenging of scores. With its combination of new notations and spatial challenges demanding an intricate coordination of a large work, Circus Maximus could only have been attempted under such special circumstances.

I owe a great debt to the dedicatee of Circus Maximus, Jerry Junkin. He approached me about writing an original band work years ago. I declined at the time, because – frankly – the thought of that enormous ensemble, composed of so many instruments I had never written for, overwhelmed me. But Jerry persisted; and his encouragement both in commissioning me to write this work and during the composing process (during which he was incredibly supportive) has really made this piece possible. Jerry wanted a large and theatrical piece: a third symphony. And, when I thought about that, it made a certain sense. My first symphony was for large symphony orchestra, my second for string orchestra alone, and this piece is for winds, brass and percussion alone.

For the past three decades I have started the compositional process by building a shape, or architecture, before coming up with any musical material. In this case, the shape was influenced by a desire to write a piece in which the entire work is conceived spatially. But I started simply wondering what dramatic premise would justify the encirclement of the audience by musicians, so that they were in the center of an arena. This started my imagination going, and quite suddenly a title appeared in my mind: Circus Maximus.

The Latin words, understandable in English, convey an energy and power by themselves. But the Circus Maximus of ancient Rome was a real place - the largest arena in the world. 300,000 spectators were entertained by chariot races, hunts, and battles. The Roman need for grander and wilder amusement grew as its empire declined. The parallels between the high decadence of Rome and our present time are obvious. Entertainment dominates our reality, and ever-more-extreme "reality" shows dominate our entertainment. Many of us have become as bemused by the violence and humiliation that flood the 500-plus channels of our television screens as the mobs of imperial Rome, who considered the devouring of human beings by starving lions just another Sunday show.

The shape of my Circus Maximus was built both to embody and to comment on this massive and glamorous barbarity. It utilizes a large concert band, and lasts approximately 35 minutes. The work is in eight sections that are played without pause.