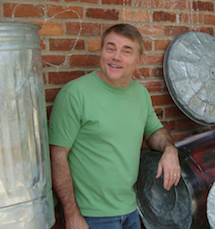 Chris Crockarell writes this about the piece: “Sushi Funk was written during a Tower of Power and Spyro Gyra listening phase of my life. I was anxious to make the concert percussion ensemble play with a funk attitude while using the keyboard nuances rhythmically to create somewhat busier lines for the ensemble. I’m often asked if my title came from a bad restaurant experience but, alas, one of those moments of sitting in front of the computer, staring at the screen telling myself, “You HAVE to title this tune!” When that happens, you never know what you’ll spit out.”