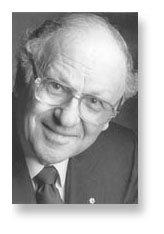 A charming set of short movements, originally used as scene music for the Shakespeare Festival in Stratford, Ontario.

Suite of Miniature Dances is drawn from the incidental music for a ballroom scene in Shakespeare’s All’s Well That Ends Well. The premiere performance, held during the inaugural season of the world-renowned Stratford Festival (in Stratford, Ontario) in 1953, was directed by Tyrone Guthrie and starred Alec Guiness and Irene Worth.

That production was set in the late 19th century rather than in the more conventional Elizabethan period, providing more scope for the musical style. A Shakespearean production always generates a dilemma for the composer: how to communicate to a contemporary audience an aural sense of another era, sometimes one for which no musical materials or aural impressions exist.

The scene (Act II, scene iii) was played as a series of short dances, allowing the music to reflect a progression of changes of mood and action. Although the 1953 production used a seven-player pit orchestra of winds and harp, it has been re-orchestrated for full concert band.