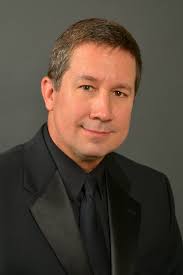 I was asked to write this music to “reflect the trials and tribulations as well as the joys and triumphs of human life.” Tall order ... Since the piece was commissioned by the Big Ten chapters of Kappa Kappa Psi, and I was at that time the director of the University of Michigan Marching Band, a reflection on sportsmanship in the Big Ten was also a part of the conversation. Appropriately so, the Kappa Kappa Psi creed states that “through fraternal participation, each member will strive for the highest,” so the composition’s resultant title and purpose are terrifically logical.

The human experience shows us again and again that the high points in our lives are preceded and followed by lower points. The more difficult the pursuit, the more rewarding the prize. Our relationships and careers are made more satisfying in the long run by the effort it takes to reach the respective goals. At the end of a sporting event, once we look beyond who won or lost, we discuss the great plays on either side that made the event thrilling. In music, there would be no resolution without tension, so music without both is usually not satisfying.

When writing Strive, I chose to use octatonic scales throughout. The unique nature of the repeating whole-step/half-step relationships inherently resists resolution. However, hiding within those intervals are major and minor triads that offer release. Even when these chords appear in this music, however, the motives and melodies that weave throughout them often contradict. When major or minor triads are used without melodic conflict, their progressions to and from each other are not traditional. Contrapuntal passages further illustrate struggle throughout. Because of this persistent strife, the full resolutions that finally arrive at various points throughout the work are satisfying.

Although titles of compositions are not usually verbs ... this work’s title is meant as a reminder that we should always strive for the highest in all that we do.