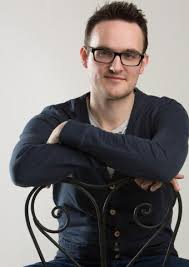 Steven Verhelst (b. 30 September 1981) is a Belgian composer, trombonist and bass trombonist.

Verhelst started his studies at the Royal Flemish Conservatory in Antwerp, where he majored in bass trombone with Ben Haemhouts. He then studied with Ben van Dijk, Jörgen van Rijen, Henrik-Jan Renes, Pierre Volders and George Wiegel at the Rotterdam Conservatory. In addition to these studies, he has participated in master classes and courses with orchestral trombonists from Berlin, Vienna and Chicago, as well as with trombone virtuosos Christian Lindberg and Michel Becquet. He gained jazz experience with Bart Van Lier and Ilja Reijngoud.

He is also a member of various ensembles such as World Brass, the Netherlands Wind Ensemble and the Belgian Copper Offensive.