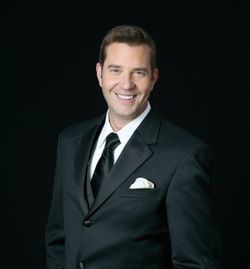 A protégé of the legendary pops conductor Erich Kunzel, Steven Reineke’s recent guest conducting appearances include the orchestras of Cincinnati, Toronto, Atlanta, Detroit, Indianapolis, Edmonton and Windsor. In 2007 Mr. Reineke made his conducting debut with the Hollywood Bowl Orchestra with the multi-faceted entertainer Wayne Brady. In addition, Mr. Reineke arranged and orchestrated all of the music for Mr. Brady’s new orchestral show to debut in October 2007. In 2006 Mr. Reineke collaborated with rock legend Peter Frampton as conductor, arranger and orchestrator for Mr. Frampton’s orchestral show.

Mr. Reineke is also an established symphonic composer. His works Celebration Fanfare, Legend of Sleepy Hollow and Casey at the Bat are performed frequently in the United States and Canada. In 2005 his Festival Te Deum and Swans Island Sojourn were performed by the Cincinnati Symphony and Cincinnati Pops, respectively. The Cincinnati Enquirer had this to say about Festival Te Deum: “Melodious and joyous, it had antiphonal brass in the balconies, organ, full orchestra and wonderful choral passages.”

He has composed more than 20 works for concert band, including commissions from the Contra Costa (Calif.) Wind Symphony: Symphony No 1, "New Day Rising", in recognition of the centennial of San Francisco's 1906 earthquake, and Mt Diablo: A Symphonic Portrait for the CCWS's 20th anniversary.

A native of Ohio, Mr. Reineke is a graduate of Miami University of Ohio, receiving two Bachelor of Music degrees with honors in both trumpet performance and music composition. He resides in New York City.