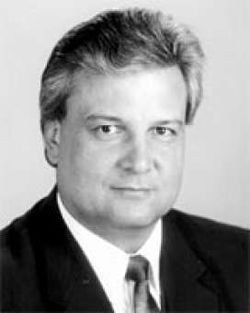 Steve Hodges is an American educator and composer.

Mr. Hodges earned his Bachelor of Science degree from Western Oregon University and his Master of Music Education degree from Central Washington University. Hes has been directing music ensembles in the public schools for thirty-eight years, including all levels of bands, choirs and small ensembles.

Since 1986, Mr. Hodges has written over 100 concert band pieces that have been published by Alfred Music.. In addition, Mr. Hodges has written numerous arrangements for the instrumental and vocal ensembles under his direction. His compositions have been performed in many countries and at a variety of festivals and state music conventions. His commissioned works include honor bands and schools in Virginia, Iowa, Winnipeg, British Columbia, Oregon, Washington, and North Carolina. In addition, his music has been utilized by the TBS and ESPN cable television networks. Mr. Hodges is a member of the American Society of Composers, Authors and Publishers (ASCAP) and has been the recipient of several standard awards.