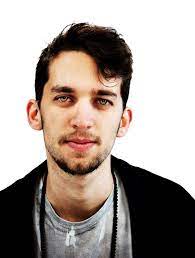 Stephen Feigenbaum (b. 1989, Winchester, Mass.) is an American composer, songwriter, and singer.

Feugenbaum works in a variety of disciplines, including classical, musical theater, and pop music. Many of his projects are driven by a passion for turning mainstream audiences into fans of classical music. He was the composer/arranger of Yeethoven, a 2016 orchestral concert in Los Angeles in which the works of Kanye West and Beethoven were interwoven and compared.

Stephen's classical music has been performed and recorded by the Cincinnati Pops, Albany Symphony Orchestra, contemporary music pianists Lisa Moore and Vicky Chow, and the string quartet Ethel in venues including Boston's Symphony Hall and New York's Alice Tully Hall. He has won two ASCAP Morton Gould Young Composer Awards and a 2013 Charles Ives award from the American Academy of Arts and Letters.

As a singer, Mr. Feigenbaum has been featured by The Late Show with Stephen Colbert and profiled in The New Yorker Magazine. He has also collaborated on releases with artists including John Legend, Teyana Taylor, and Rufus Wainwright. Stephen's Off-Broadway folk-rock musical Independents was named a New York Times Critic's Pick and one of the Huffington Post's ten best plays of 2012. Stephen also did music preparation for the score to the Oscar-winning movie The Revenant.