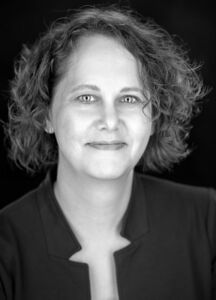 Erika Svanoe (transcribed by the composer)

Steampunk refers to a subgenre of science fiction and sometimes fantasy that incorporates technology and aesthetic designs inspired by 19th-century industrial steam-powered machinery. It places an emphasis on steam- or spring-propelled gadgets. The most common historical steampunk settings are often set in the Victorian era, but in an alternative history where technology employs steam power. It may, therefore, be described as neo-Victorian. Steampunk features retro-futuristic inventions as people in the 19th century might have envisioned them, and is likewise rooted in the era's perspective on fashion, culture, architectural style, and art. Such technology may include fictional machines like those found in the works of H. G. Wells and Jules Verne. (Wikipedia)

Steampunk Suite attempts to depict various scenes that take place in a fictional alternate history that features notable people alive in the Victorian era, including Charles Ives, Marie Curie, H.G. Wells, Jules Verne, P.T. Barnum and Nikola Tesla. It borrows from popular music of the era, including the cakewalk, march, and waltz, and combines them with sounds of clockwork and imagined steam technology. It also borrows various musical elements from numerous composers of time, including Ives, Sousa, Satie, Karl King, Stravinsky, and Weill, with some Khachaturian and Danny Elfman thrown in for good measure. This piece has been transcribed for wind ensemble from the original chamber work Steampunk Scenes by the composer.

Steampunk Suite for band was adapted from Steampunk Scenes for chamber ensemble. The fanciful titles of each of the four movements:

pay homage to the literary genre of steampunk. Steampunk has many variations but is most often defined as neo-Victorian. In these works, steam power dominates technology, and there is often an anachronistic element involved. Some examples of the genre include alternative history set in the British Victorian era, or a post-apocalyptic future where steam power is still used to power our modern technology. As seen in the movement titles of Svanoe’s composition, inspiration is drawn from famous figures of the Victorian era and their inventions to create a quirky composition. She relies on musical traditions and forms from the past while infusing those traditions with modern techniques to create a unique and fun composition.