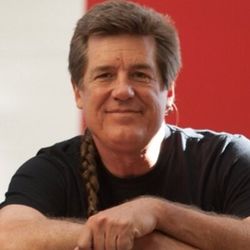 Starry Night was composed to commemorate the 125th Anniversary of the death of Vincent Van Gogh. The title of the work comes from one of Van Gogh's most famous paintings. I was fortunate enough to view this magnificent work when I lived in the New York City area many years ago. I was struck by the power of the visual image and the brush work. The paint seems to leap off the canvas. As I composed, I sought to express not only a sparkling, starry night but also the strength and energy of the act of painting itself. The solo flute and vibraphone become the radiant stars themselves, burning against the rich texture of the wind ensemble.