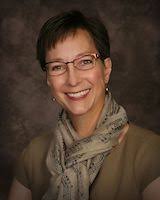 Stacey J. Berk (b. 1970) is an American composer, oboist and educator.

Stacey Berk has Bachelor of Arts in Music degrees in music composition, oboe performance, and music education from Western Illinois University, and Master of Music degrees in music composition and oboe performance from the University of Illinois at Urbana-Champaign. Upon graduation, she served as a member of the U.S. Air Force Band of the West, stationed in San Antonio, Texas. She performed as principal oboist and frequent soloist in the concert band and chamber ensembles, and composed and arranged music for many of the Air Force ensembles.

As a composer, Prof. Berk's works have been performed in cities across the United States, in Europe and in Asia. She has received many commissions for works, including from the Central Wisconsin Symphony Orchestra, the U.S. Air Force Band of Mid-America, the Point Dance Ensemble, the Polaris Wind Quintet, Lake Park High School and others. Her compositions often have a programmatic or literary reference, and her works cover a broad spectrum of styles including humorous ensembles, exciting fanfares, challenging contemporary works, and serene lullabies.

In addition to teaching and composing, Stacey Berk is an active performer. She performs as principal oboist with the Central Wisconsin Symphony Orchestra and with the UW-Stevens Point faculty chamber ensembles. She has been a concerto soloist with a number of orchestras and other ensembles throughout central Wisconsin.

Prof. Berk is currently professor of oboe and music theory at the University of Wisconsin-Stevens Point.