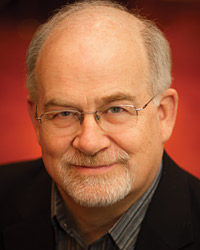 Smaller bands everywhere can now perform the theme song of everyone's favorite yellow sea sponge! Whether your ensemble has incomplete or unbalanced instrumentation, you only need five parts plus percussion to play this delightful chantey. Arrrrrrgh!

SpongeBob SquarePants is an American animated comedy television series created by marine science educator and animator Stephen Hillenburg for Nickelodeon. The series chronicles the adventures and endeavors of the title character and his aquatic friends in the fictional underwater city of Bikini Bottom. The fifth-longest-running American animated series, its popularity has made it a media franchise. It is the highest rated series to air on Nickelodeon and ViacomCBS Domestic Media Networks' most distributed property.

Many of the series' ideas originated in The Intertidal Zone, an unpublished educational book that Hillenburg created in 1989 to teach his students about undersea life. He began developing SpongeBob SquarePants into a television series in 1996.