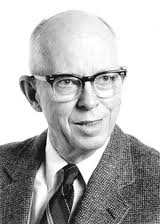 In 1986, Kent Kennan revised this well-known trumpet and piano recital piece (originally published in 1956) with a new ending for the first movement. More recently, he made this scoring for solo trumpet and wind ensemble and provided both the original and new endings in this new edition. A tremendous contribution to the solo trumpet repertoire.

Sonata for Trumpet is Kennan's most widely performed work. It was commissioned by the National Association of Schools of Music (NASM) and dedicated to trumpeter K. Frank Elsass.

I received a commission from the National Schools of Music to write a piece that was to be part of a series of contemporary works for various brass instruments. I thought of the trumpet because we had a fantastic trumpeter here [University of Texas, Austin], Frank Elsass, who had been brought from New York, where he had been soloist with the Goldman Band at a very young age.

I think that it is a very hard combination to write for – trumpet and piano – partly because of the balance problem. I conceived of the original version as a sonata, with more or less equal parts, rather than a piece with an all-important solo part and subordinate background. As a result, the new trumpet and wind ensemble version offers more opportunities for the two to interchange dynamically, so that the trumpet is sometimes just the top voice of the brass choir, for example.