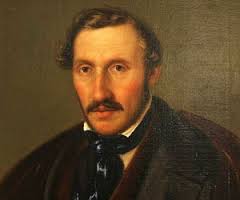 This work may also appear under the title Sinfonia for Winds

Donizetti's catalog includes more than a dozen works under the general term sinfonia, an Italian word used at the time to describe an instrumental selection such as an opera overture or scene-setting music. Donizetti completed the Sinfonia für Bläser -- a single-movement work in sonata form for flute and pairs of oboes, clarinets, horns, and bassoons -- in April 1817, near the conclusion of his studies at the Liceo Filarmonico Comunale in Bologna.

The single-movement Sinfonia for Winds was written when Donizetti was 19-20 years old and a student of counterpoint in Bologna. Although an early work, the Sinfonia for Winds exhibits the light, humorous style that became his trademark.

When looking at the collection of Donizetti’s pieces, more than a dozen works are titled under the general term "sinfonia." This is an Italian word used at the time to describe an instrumental selection such as an overture to an opera or for music setting a scene. At the young age of 19-20, Donizetti completed the Sinfonia für Bläser in April of 1817 near the conclusion of his studies at the Lico Filarmonico Comunale in Bologna. This work is composed in sonata form for flute, pairs of oboes, clarinets, horns, and bassoons, displays the light, entertaining style that is paired with Donizetti’s works.