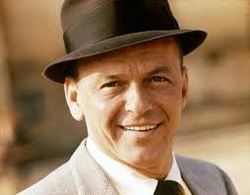 Frank Sinatra was arguably the most important popular music figure of the 20th century, his only real rivals for the title being Bing Crosby, Elvis Presley, and The Beatles. In a professional career that lasted 60 years, he demonstrated a remarkable ability to maintain his appeal and pursue his musical goals despite often countervailing trends. He came to the fore during the swing era of the 1930s and ‘40s, and helped to define the “sing era" of the ‘40s and ‘50s. On records and in live performances, on film, radio, and television, he consistently sang standards in a way that demonstrated their perennial appeal. To quote the lyrics of one of his later in life anthems, “I Did It My Way”.

Sinatra! features some of “Old Blue Eyes” most familiar hits -- Come Fly With Me, Witchcraft, That’s Life, and Fly Me To The Moon.