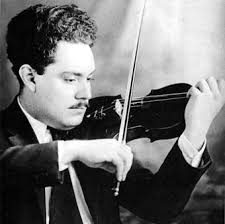 Revueltas studied at the National Conservatory in Mexico City, St. Edward's University in Austin, Texas, and the Chicago College of Music. He gave violin recitals and in 1929 was invited by Carlos Chávez to become assistant conductor of the National Symphony Orchestra of Mexico, a post he held until 1935. He and Chávez did much to promote contemporary Mexican music. It was around this time that Revueltas began to compose in earnest. He began his first film score, Redes, in 1934, a commission which resulted in Revueltas and Chávez falling out. Revueltas left Chávez' orchestra in 1935 to be the principal conductor of a newly-created and short-lived rival orchestra, the Orquesta Sinfónica Nacional.

In 1937 Revueltas went to Spain during the Spanish Civil War, as part of a tour organized by the leftist organization Liga de Escritores y Artistas Revolucionarios (LEAR); upon Francisco Franco's victory, he returned to Mexico. He earned little, and fell into poverty and alcoholism. He died in Mexico City of pneumonia (complicated by alcoholism), at the age of 40 on October 5, 1940, the day his ballet El Renacuajo Paseador, written four years earlier, was premièred.

Revueltas wrote film music, chamber music, songs, and a number of other works. His best-known work is the film score for La Noche de los Mayas, although some dissenting opinions hold that it is the orchestral work Sensemayá. In any case, it is Sensemayá that is considered Revueltas's masterpiece.