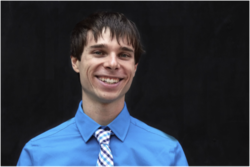 The title is intentionally written in lower case: silhouettes.

In near darkness, our sense of vision diminishes and we perceive only the outlines of objects. The dulling of our visual perception heightens our auditory sense, and our ears open up to all kinds of curious nocturnal sounds. As we become more alert to our sonic environment, our primitive instincts react more strongly, and certain sounds may trigger severe instinctual responses. silhouettes explores the phenomenon of nocturnal perception within the context of a dramatic fantasy for wind ensemble.

This piece is a major rewrite of a piece I wrote several years ago -- the current piece contains the silhouette of the former piece. silhouettes was commissioned by the Atlantic Coast Conference Band Directors Association.