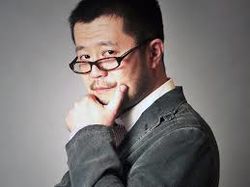 Shiro Hamaguchi graduated with a music degree from Tokyo University of the Arts. After graduation, he was hired as a department project manager at Victor Entertainment from 1994 to 1996. In 1996, he joined the anime and video game music production company Imagine, where he worked alongside famed composers Hayato Matsuo, Kohei Tanaka, and Kow Otani. His debut role was the anime series Violinist of Hameln (1996), where he arranged Tanaka's works. His music impressed Final Fantasy composer Nobuo Uematsu, who chose Hamaguchi as the arranger for the Final Fantasy VII Reunion Tracks album. He provided orchestral renditions of Aeris's Theme, Main Theme of Final Fantasy VII, and One-Winged Angel, which have become iconic through their use in various Final Fantasy concerts. Subsequently, he created music for the anime series Ehrgeiz (unrelated to the video game) and AWOL - Absent WithOut Leave.

In 2005, Hamaguchi scored the anime series Oh! My Goddess and contributed arrangements to the third Symphonic Game Music Concert. The same year, Hamaguchi decided to enroll at the Berklee College of Music in a one-year jazz composition course to further his opportunities as an anime composer.

He is best known for composing music to the anime franchises Girls und Panzer, One Piece, and Oh My Goddess! and arranging/orchestrating music in the Final Fantasy series. He frequently collaborates with fellow composers Kohei Tanaka and Akifumi Tada on anime scores.