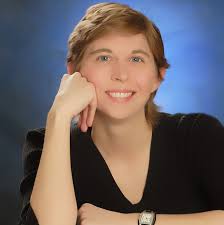 Shirley Mier (b. 1966, Bradenton, Fla.) is a composer, music director, and music educator.

In May 2005 Dr. Mier completed her Ph.D. in composition at the University of Minnesota (UM), where she also earned her M.A. in composition in 2002 with a minor in Theatre Arts. She earned her B.A. in music from Grinnell College in 1988. Shortly thereafter, she moved to Minneapolis to do a theatre gig and has lived there ever since -- despite the fact that she was born in Florida. (Go figure.) Shirley has taught music theory and ear-training courses at UM and UW-River Falls, and is now a permanent member of the music faculty at Century College in White Bear Lake, Minn.

Dr. Mier composes music of all kinds, in the theatre, concert and educational world. Whatever the style or genre, her music is rooted in tonality, with harmonic inventiveness, clarity and momentum. It also has plenty of drama and humor, thanks in part to her musical theatre background.

Theatre remains the focus of her activity, composing -- and music-directing-wise -- but she continues to write concert and educational music, with an ever-increasing focus on concert band. She has set music to texts along the entire sublime-to-ridiculous spectrum, from Alexander the Great to moose, muffins and baby llamas, to Shakespeare, to the musical Soulless, Bloodsucking Lawyers.