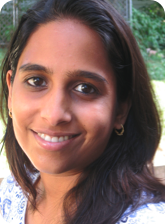 Shadja-maalika: Modal Illusions is a journey through the moods and colors of various Indian ragas, or modes. The title is a play on the word "raga-maalika," an Indian musical form where the music traverses many ragas within one composition while keeping the same shadja, or tonal center (“Do” in western music). Conversely, in Shadja-maalika, (literally, garland of shadja), the tonal center itself is shifted to bring about the modulation to new modes. At pivotal points, a new note seemingly outside the mode appears and gradually reveals itself as the true tonal center, implying that the previous harmonic hierarchy was an illusion. The opening motive in the bass clarinet is the common thread, recurring frequently to confirm and highlight the unique characteristics of each new mode. As with much of my recent work, Shadja-maalika blends a melodic and rhythmic structure influenced by the Indian tradition with Western harmonic and formal concepts.

Shadja-maalika: Modal Illusions was commissioned by a consortium of ensembles through CBDNA (College Band Directors National Association), primarily spear-headed by Andy Mast at Lawrence University. The piece was premiered on March 5, 2011.