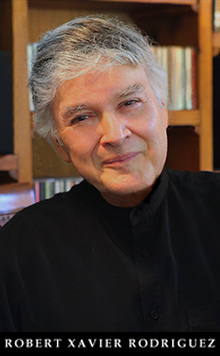 Since its premiere in 1985, The Seven Deadly Sins has become a classic of the wind ensemble literature, with over 100 performances throughout the United States and Canada. Each instrumental group musically depicts one of the sins: trumpets = Pride, kettle drums = Gluttony, saxophones = Lust, clarinets = Avarice, other woodwinds = Envy, horns = Anger, low brass = Sloth. The work may be performed in a variety of production settings: as a fully staged ballet; in a partially staged concert version using theatrical devices such as slides, lighting, balloons, mimes, costumes and/or limited stage action by the instrumentalists themselves; or in the traditional concert format.

2. Pride is the longest movement. The image of Narcissus admiring his reflection in the water is portrayed by the trumpets, as they croon over an undulating piano/percussion accompaniment which wells up then recedes in palindrome, or mirror, fashion.

3. Gluttony is a vigorous toccata in which the timpani and pianos introduce a "gobbling" motif which is gradually taken up by the entire ensemble, accompanied by a cow bell and a rack of pots and pans. A "burp" from the brass, produced by popping into their mouthpieces leads directly to...

4. Lust, a short but passionate intermezzo for two intertwining pairs of saxophones.

5. Avarice begins with a cadenza in which five clarinets compete in a musical depiction of a dice game: two pairs of instruments "roll" unsuccessfully before a fifth player "strikes it rich" on a high B-flat and ushers in some spirited Dixieland, suggestive of a Bourbon Street night on the town. Strains of the hymn Let the Lower Lights Be Burning are also discernible. All of this quickly comes to an end when the money runs out -- literally, in this case, poured from a money bag into a tambourine.

6. Envy follows, a mournful adagio in which the flutes, oboes, and bassoons longingly repeat themes from the previous two Sins. The movement grows in intensity and leads to...

7. Anger, another toccata, in which the trumpets of Pride return, and, with the horns of Anger, lead the ensemble to a furious climax.

8. Sloth provides a respite from all this activity in the shortest movement of the ballet: twelve simple chords from muted trombones and tuba, accompanied by a gong which is submerged in a tub of water.

9. An excerpt from the Gregorian sequence for the dead, the Dies Irae, is intoned by the pianos and percussion in a stern commentary of the Seven Deadly Sins.

10. Recessional. The Sins again pass in review and file out in their original order.