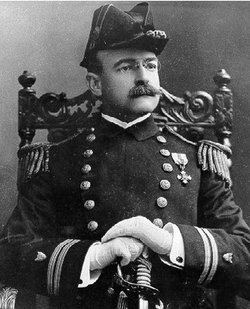 Semper Paratus (Latin for "Always Ready") is the official march of the United States Coast Guard. Semper Paratus is also the official Coast Guard motto. The origin of the phrase is obscure, although the Coast Guard Historian's Office notes the first use was by the New Orleans Bee newspaper in 1836, in reference to the actions of the Revenue Cutter Service during the Ingham incident. The original lyrics were written by Captain Francis Saltus Van Boskerck in 1922, in the cabin of USCGC Yamacraw, in Savannah, Georgia; he wrote the music in 1927, on a "beat-up old piano" in Unalaska, Alaska.