Seasons of a Tourist, The 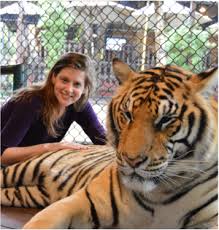 Subtitle: For Chamber Winds and Percussion

The Seasons of a Tourist, for chamber winds and percussion with accompanying video, is a journey through the four seasons of the year from the point of view of a traveler. This traveler's journey is not specific to any one place and is without particular destination; instead, the traveler is a catalogue for remembering where you've been or dream about where you will go. Since experiencing the four seasons creates a seamless evolution of time, my composition is divided into four movements, performed without pause.

I think of the musical material of The Seasons of a Tourist as either "hot" or "cold". The musical material changes quickly from one movement to the next and is meant to 'drop you into a world'. In Fall and Winter, to evoke a sense of "cold", I utilize rigid canonic interplay. To symbolize the "hot" music of Spring and Summer I incorporate the sextuplet, representing flexible boiling heat. The accompanying video is an abstracted view of Ann Arbor, Michigan, seen through the eyes of a tourist. This video is for live performance only and new videos will be made to accompany the towns this work is performed in.

Movement I, Orange, Red and Yellow : Fall, is influenced by a playful sense of the Baroque while following the narrative of a leaf changing color and then falling from a tree.

Movement II, Dragonfly : Summer, evokes a combination of musics of the past; specifically the music of Perotin and Schoenberg, with jazzy and slightly demented sensibilities.

Movement III, Silent Sun : Winter, is a simple melodic ode to a highly melodic season and was inspired by my mother and sister who play cello and oboe.

The final movement, The Rainbirds : Spring, is an imaginative dance celebrating renewal that is heavily based on Rameau's use of rhythm. While the composition comes to an end, we know that the four seasons will continue on and perhaps so will the music.