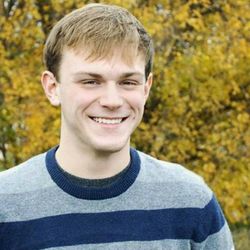 Mr. Turner received a bachelor's degree in music education from Ohio State University. He is active as a clarinetist and church musician. Until... (2017) is his first work for band. Other recent compositions include Song (2017) and Sonnet (2012/2014), both of which were premiered by the Buckeye Philharmonic Orchestra. Additionally, Soliloquy (2012) for flute and handbells was recently performed by Handbells Columbus.