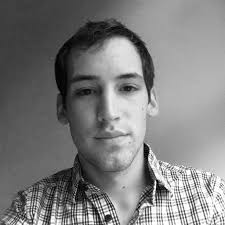 Inspired by the fugue at the end of Benjamin Britten's A Young Person's Guide to the Orchestra, Scherzo à la Britten is a virtuosic showpiece for wind ensemble. The U.S. Navy Band premiered and toured the country playing Scherzo à la Britten, which was subsequently performed at the American Bandmasters Association 2013 convention by the University of Georgia Wind Ensemble.

In the MBM Times, Dr. Jeffrey D. Gershman named Scherzo one of the best new wind pieces of the year. The Herald Times called it "a mighty ear-stunner ... exhilarating to experience."

This piece is inspired by Benjamin Britten’s A Young Persons Guide to the Orchestra and features all of the instrumental groups. The composer states, “Imagine trying to understand two people talking to you at the same time - a nearly impossible task. But what if you could comprehend four or five things at the same time?” Leszcynski crafts this work by using counterpoint to overlap melodies that intertwine at differing points throughout the piece. Finding inspiration in the master of counterpoint, Johann Sebastian Bach, Leszczynski wanted to explore this further with Scherzo à la Britten. “I wanted to see how many perceivable ideas I could have going on at the same time, and it turned out to be quite a lot.” Mr. Lezcysnki also describes this piece as “organized chaos” that is brought back at the end with the original melody being played in the woodwinds.

Scherzo opens with a fugue that travels through each section of the band. The melody is then turned upside down, chopped up, and stretched out until the music reaches a complex climax. This cacophony gives way to the original melody in tutti woodwinds superimposed over a grand brass chorale version of the melody. The ending is an exuberant celebration of counterpoint.