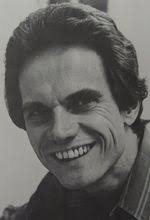 Pottle graduated from Yale in 1955. At Yale he was president of the Yale Dramatic Association, and in 1954 he wrote the music for the Dramat's wildly successful original musical, Stover at Yale. His father was Frederick Pottle, Sterling Professor of English at Yale.

Mr. Pottle was involved in many theatrical and television productions. He is perhaps best remembered for his work on Sesame Street and The Muppet Show, having co-written the iconic theme song for the latter. However, Sam Pottle was also involved with many theatrical productions in the 1960s and 1970s. His principal collaborators were David Axlerod and Tom Whedon, although he also worked with other lyricists.