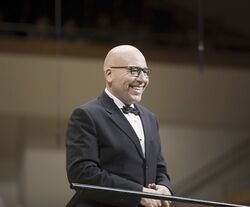 This work was inspired in an African legend: the romance that took place between Solomon and the Queen of Saba.

Many years ago, there was a beautiful woman who reigned in the lands of the east Africa . She received word of a king who governed his subjects with a proverbial wisdom and sense of the justice: Solomon. His fame was such that the Queen of Saba decided to travel to Jerusalem to meet him. She prepared an extravagant expedition, crossed mountains and valleys, seas and deserted, until she arrived in the Middle East.

In person, the King Solomon was shown to be wise, just and intelligent as the legends had told. The latter, however, was not satisfied with Saba's emotional conquest.

They had a son. He wanted to return to Africa, which he did, taking in his caravan the Ark of the Covenant, which was deposited in the Temple of Jerusalem, containing timna Copper, jewels, gold from the Sudan and other precious metals. This was stolen by two of the members of his retinue.

When Solomon was informed of the robbery, he sent to its army after them who, even knowing that the Ark had been stolen, agreed to take it to his mother as present and ceased his pursuit.

The son of Solomon sent to build a temple in Axum, where the Ark and its treasures have rested ever since.