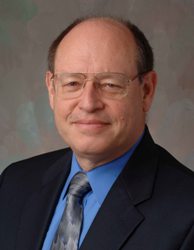 The title of this tuneful march refers to the tree that the king hid in during the 1651 Battle of Worcester. The catchy melody, an English tune of 1686, will have your players singing, humming or whistling it long after rehearsals are over! It's sure to catch on as one of their favorite pieces!

Royal Oak is based on an English tune from The Dancing Master (1686), but probably predates that source. It was known as The Twenty-Ninth of May, a song celebrating the restoration of the English monarchy under Charles II on May 29, 1660. The title, Royal Oak, refers to the tree in which the king hid during the Battle of Worcester (1651).

The melody was arranged by Martin F. Shaw in 1915 for the text All Things Bright and Beautiful and is included in many hymnals with the hymn tune identified as Royal Oak. The melody used here is the 1686 version and is introduced in measure five. The contrasting trio version at measure 49 is original.