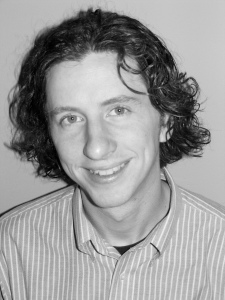 Dr. Magnuson has composed music for orchestra, wind ensemble, concert band, chamber ensembles, vocalists, electroacoustic ensembles and films. His works have been performed throughout the United States at venues such as the Red Note Music Festival, the New Music Cafe, Illinois State University, Ithaca College, University of Nebraska-Lincoln, University of Arkansas-Fort Smith, University of Texas-Arlington, University of Alabama-Tuscaloosa, and by the Elan String Quartet, the Quasari Quartet, the Quad City Wind Ensemble and the Air Force Band of Mid-America.

Due to the success of his wind writing, in 2008 Magnuson was asked to contribute a chapter to the GIA Publication Composers on Composing for Band, Volume IV which is currently available via GIA Publications.

Dr. Magnuson is currently an Instructional Assistant Faculty member at Illinois State University where he teaches freshman and sophomore theory and coordinates the freshman theory curriculum.

Roy is a member of ASCAP and his music is recorded on Albany Records.