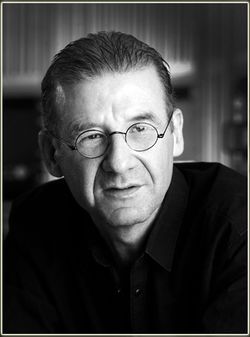 Ronan Hardiman (b. 19 May 1961, Dublin, Ireland) is a leading composer of music for the Irish film and television industry.

Hardiman's father was an Irish broadcasting executive. Hardiman listened to rock & roll and pop as a child. He and his four siblings all play traditional musical instruments. He attended St. Kilian's German School and the Royal Academy of Music.

In 1978, at the age of 17, Hardiman began working as a clerk at the Bank of Ireland, a position he held for 12 years. He occasionally performed in local bands. In 1990, he quit his job and then began composing material based on Irish traditions for radio and television. He wrote the theme music to the documentary My Riviera. His TV work included commissions for the title music for RTÉ Irish National Television Network News, and the original score for the natural history series Waterways. He also wrote music for commercials for Guinness and the Irish National Lottery. In motion pictures, Hardiman earned acclaim for his score to the 1996 feature My Friend Joe, which garnered the Crystal Bear for Best Children's Film at the Berlin Film Festival.

Also in 1996, Hardiman was contacted by Michael Flatley, who needed a soundtrack to his new show, The Lord of the Dance, quickly. The show was an international hit.

In 1997, Hardiman release his debut solo album, Solas, and a year later he resurfaced with Feet of Flames. His 2000 release, Anthem, blended the Celtic music sounds that he was famous for with more pop influences.