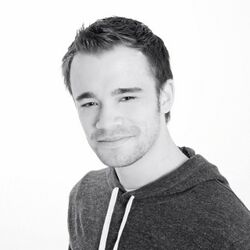 Ron van Riel has been working as a professional composer for almost half of his life, and in spite of his young age has had his music listened to in and commissioned from countries as diverse as Uruguay, Argentina, France, Finland, Germany, the United States, China and South Africa. His styles are every bit as diverse and varied as his clientele, ranging from scoring theme park rides to films and arranging full concerts.

During this short but promising career, Ron has been nominated to and awarded with several accolades both in the Netherlands and abroad.