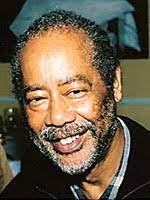 Mr. Dickerson began the study of piano at the age of eight and also learned to play brass instruments By the age of 15, he was the front man for his New Orleans band Roger Dickerson and His Groovy Boys. They played throughout the French Quarter, performing everything from classic jazz to bebop. Dickerson was introduced to these styles by his uncle, the trumpeter Wallace Davenport, who, when he wasn’t recording with Count Basie or Ray Charles, was teaching his nephew the musical building blocks of counterpoint, harmony, and orchestration.

Dickerson studied music at Dillard University and received a master’s degree from Indiana University where he studied with Bernhard Heiden, an ardent devotee of German composer Paul Hindemith. Following his studies, Dickerson joined the U.S. Army, playing the trombone in service bands that traveled Europe, and in 1959 he returned to Europe on a Fulbright Fellowship and studied at the Akademie für Musik in Vienna. He then chose to return to New Orleans, teaching at Dillard University, Xavier University, and Southern University of New Orleans. Mr. Dickerson also was a program associate in the humanities at the Institute of Services to Education in Washington, D.C. In 1975, he co-founded the Creative Arts Alliance. Mr. Dickerson is a professor emeritus at Southern University of New Orleans. There he was the university choir director and music coordinator.

Along with elements of New Orleans culture, Dickerson's work shows the influence of jazz and blues music. To chronicle the premiere of Dickerson’s New Orleans Concerto (a work that would earn him his second Pulitzer Prize nomination), PBS created an hour-long documentary by the same name. In it, Dickerson describes his own music as “Personal expression: an expression of inner devotion and freedom, comprising love of art with human relationships and the sense of Godly duty.”