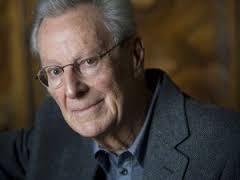 Boutry was born into a musical family. By the time he was 12, he was known as a virtuoso pianist. He studied privately with Tony Aubin and received two first medals, six first prizes, and won the Prix de Rome in 1954 at the Paris Conservatory. In 1973, he was appointed director of the Garde Républicaine Band.

Boutry also had a career as a piano soloist and has taught at the Paris Conservatory. He was the first French Army band director to achieve the rank of colonel (1980).